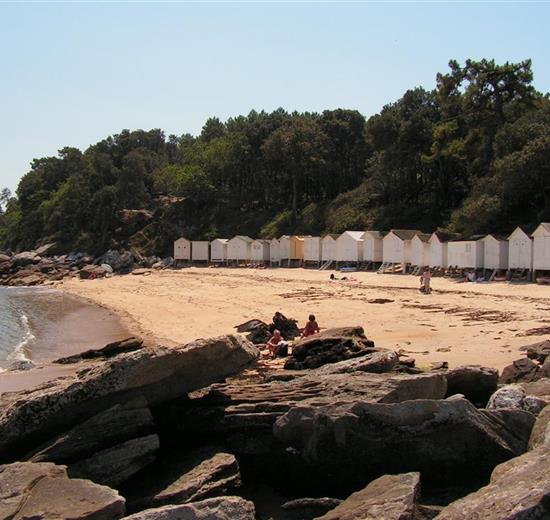 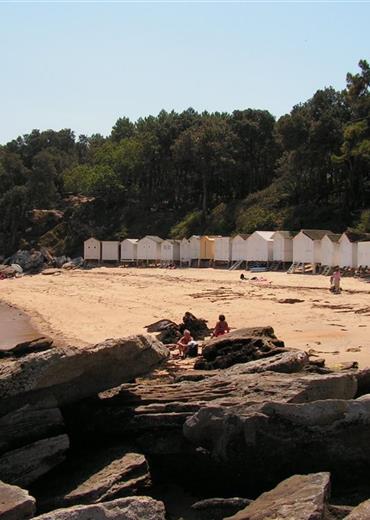 To see, to do Noirmoutier

Come and discover the beaches, woods, marshes and that all important sun!  Thanks to the micro climate, the vegetation is similar to that on the mediterranean and the reason why the island of Noirmoutier is known as "the island of mimosas".

WALKS AROUND THE ISLAND : 6 marked footpaths and cycle paths along which you can discover the scenery and natural sites on the island of Noirmoutier as well as the architecture and traditional activities.

PASSAGE DU GOIS : The passage du Gois is without a doubt  "the" island's main attraction. This natural, periodically flooded passage is  4,150 kms long and can only be seen at low tide. This phenomenen is the only one of its kind in the world.

SAINT PHILBERT CHURCH : Built at the end of the 11th century on the foundations of the old Benedictine abbey that had been completely destroyed.  The crypt under the choir, a listed historic monument, is all that is left of the monastery founded by the monk Saint Philibert around 674.

POLDER DE SEBASTOPOL : A regional natural reserve which owes its name to the last battle won by France during its creation.  In the spring you can admire the numerous birds such as avocets, aigrettes, herons, sand pipers, etc...

BOIS DE LA CHAISE : To discover : the Bois de la Chaise woods and villas, a witness to the traditions of the island's coastal town. Forests  full of holm oaks, strawberry trees and mimosas along the craggy granite coast.

LE VEIL VILLAGE : A small village typical of the architecture on the island, dotted with little streets lined with low stone walls and white fishermen's houses with pink roof tiles and blue shutters.

THE HARBOURS : The harbour in Noirmoutier en l'île : All along the southern side of the harbour, small wooden huts house the island's  traditional activities : oyster farmers, naval carpenters.  You can also visit the naval construction museum and the aquarium.

L'HERBAUDIERE PORT : situated on the northern tip of the island, this port has two basins, one reserved for fishing and the other for sailing.

LE MORIN HARBOUR : on the western side of the island, a shelter surrounded by rocks where fishermen used to anchor but which has now be transformed into a modern harbour.

LE BONHOMME HARBOUR : Oyster port from where tractors leave towing boats known as "plates" towards the bay of Bourgneuf and the oyster farms.  You can taste or buy seafood from numerous small huts.